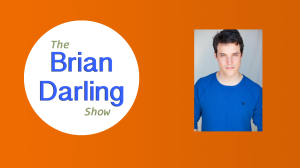 K.J. Hippensteel is an actor currently performing on Broadway in The Book of Mormon.

Born and raised in Marietta, Georgia and with a BFA in Acting from Wright State University, he has previously been seen touring the country in the Broadway musicals Wicked, 9 to 5, and The Wedding Singer. He has performed in regional productions throughout the USA, South America and Asia.